Tsakane (a.k.a.) Mashona is a township located in Ekurhuleni, Gauteng, South Africa. It was established during the early 1960s due to Apartheid’s segregationist policies and was formally founded as a designated area. Tsakane is a Tsonga word which means joy or happiness. 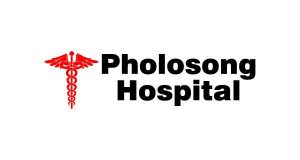 Tsakane has one public hospital called Pholosong. The hospital serves a population of 900,000 people from Tsakane, KwaThema and Duduza. There is one public clinic and other smaller surgeries and clinics in the township that take care of the health of the people around the township of Tsakane. Clinics help patients with health issues such as high blood pressure, cancer, HIV/AIDS blood tests and treatment, etc.

Economic development in Tsakane is centred in the area around the mall which also accommodates the police station, the Magistrates court, the stadium and the Municipal offices. There are 4 Shoprite stores in Tsakane and the malls and shopping complexes are forever busy throughout the week especially around the end of the month. There is a range of housing in Tsakane. Residences range from middle class houses (Ext 1,5,8 & 11) normal houses (central) to RDP houses (Mandela village, Ext 9,12,13,15 & 19).

Tsakane has two shopping centers, Tsakane Corner and The Square, and other smaller shopping centers which are located in different sections of the township: Duduza Rank, Extension 11 and Extension 19. Tsakane mall is not very big but has many stores and banks. Two well known supermarkets in the mall that most people buy food from are Shopriteand Spar. Shoprite is also found in the other two shopping centers: Extension 11 and Extension 19 shopping centers. There are fast-food restaurants, clubs and other places that people go to on special occasions, such as on public holidays. Tsakane also boasts an active night life with bars such as: Chillas, Dinangwe, A2A and Welcome’s place. The people of Tsakane like to eat out and support their local township food businesses which sell bunny chow or “kota” as it is referred to.

Tsakane has one major stadium, Tsakane Stadium. The stadium is not large enough to host matches between big soccer teams like Orlando Pirates and Kaizer Chiefs. Although lately the stadium has hosted some matches between the reserve teams of these big cubs in a tournament called the Diski Challenge. In addition to soccer games, the stadium is also often used for local activities such as government functions, school sports days, music festivals and religious gatherings.