Daveyton is a township in the Ekurhuleni Metropolitan Municipality of Gauteng in South Africa. It borders Etwatwa to the north-east, Springs to the south and Benoni to the south-west. The nearest town is Benoni, which is 18 kilometres away. It was established in 1952 and achieved municipal status in 1983.

Daveyton is also known as Vutha (sometimes spelt Vutta) or Tuka due to claims that it was the first black township to have access to electricity and flushing toilets. 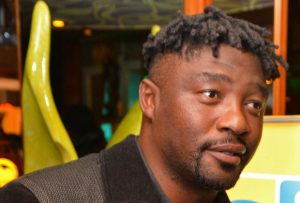 Soccer is the most popular sporting code in the township. Therefore, multiple tournaments are held during the festive season. Namely, the Ibhola Lethu tournament at Mabuya ground, organised by the community, and the Pollen Festive Games, organised by South African soccer legend Pollen Ndlanya. It is also the birthplace of some of the country’s professional soccer players, like Jabu Pule, Sbusiso Mahlangu, Junior Khanye and Clement Mazibuko, Katlego Mashego, Musa Nyatama, Xolani Mdaki, Sbusiso Mxoyana and Sbusiso Masina.

The township has garnered popularity for its vibrant nightlife and boasts a broad catalogue of pubs, taverns and lounges. Including the likes of Twotone Lounge, Brima Cafe, Xception, DKNY and Pule Chesanyama.

Daveyton has a golf course that has been operating for more than 19 years, funded by the world-renowned golfer, Ernie Els. Other notable establishments in the area are the Ekurhuleni Metro Police Department (EMPD) offices, the Ekurhuleni Customer Care Centre, the Daveyton and Mokoka libraries, as well as the Ekurhuleni East College, Daveyton Campus (formerly known as Isidingo College). It also boast one of the biggest arts centre in Ekurhuleni, the old brewery which was converted into an art centre.

With the approval of the Gauteng Provincial Government in the 1970s, Daveyton began using vintage Chevrolet Kommando and Constantia vehicles as modes of public transportation. They are commonly called amaPhela (‘cochroaches’) because they were so common in the streets of Daveyton. Hence, Daveyton was dubbed the “Chevrolet Township of South Africa”. Though the use of these vehicles has been superseded by the modern, fuel efficient Toyota Avanza, there are still a few classic cars in Daveyton.

It is also recognized as the home of KOTA a South Africa’s distinctive genre of street sandwiches in which a hollowed-out loaf serves as a portable, edible container for everything and anything polony, slaptjips, Russian sausages and fried eggs.

How to Embed a Facebook Group Feed in WordPress (Source: www.wpbeginner.com)