Success is a state of mind truly enjoyed by those with a strong will, focus and sense of direction. Bontle Phillimon Mosetlha well known as WiziBeatz was born and bred in Pretoria Soshanguve, he is a 27 years old producer, songwriter, vocalist and rapper. He is amongst the most gifted music pioneers originating from Pretoria who have built a strong reputation for themselves exclusively on the basis of talent and hard work. 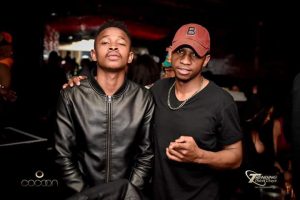 The talented lad was signed to Kalawa Jazmee Records after he was discovered with the talented group Jika Boys through their hit single Khum’bulekhaya. Over the past few years he has stamped his authority working with other respected and popular artists including A Reece, Emtee, J-Smash and the late Christopher Kubheka well known as ‘Gunman’ just to name a few.  Amongst other accolades he was named amongst the top producers in South Africa by MTV Base and was awarded Pretoria’s best producer in 2016.

Regardless of the accomplishments he has achieved WiziBeatz still feels the pressure of staying on top of his game which entails appealing to relevant media platforms so he can share his work with his fans and the world at large. “I always work on strategies and stay in touch with the industry by working with more reputable acts and attending events as much as I can”- WiziBeatz. 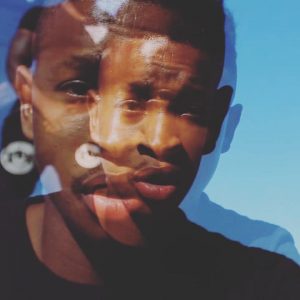 The talented lad continues to reach higher levels and the highlight of his career has been the opportunity he received to work with influential acts in the music industry and being recognised as equally talented if not more so. “I have worked with the likes of A Reece, Emtee, Fifi Cooper, Mshoza, Ntukza and the list goes on and on”-WiziBeatz.

The young pioneer believes that his career still has a long way to go before he can say he has achieved his true purpose and goals. “I want to see my family living in the burbs especially because of the support they have given me, and without doubt music will make that possible”-WiziBeatz. The talented lad started his journey in 2011 learning how to produce beats and rapping on them and he has never looked back to this day. 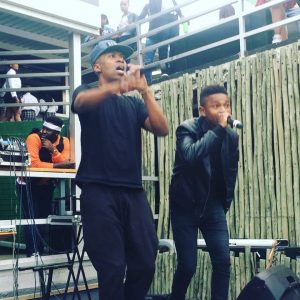 WiziBeats has been doing what he does best and recently been featured on a very hot jam by Ntukza from the popular group Teargas called Monifere. The track can be downloaded on the following link https://play.google.com/store/music/album/Ntukza_Moni_Fere?id=BI5o3kytjflnmbkmk3efjfj3clm . The talented lad is currently working on his next offering featuring two prominent female figures in the music industry. “Through my single featuring Fifi Cooper and Mshoza I wanted to fuse the old and the new, trust me they are queening on the song”-Wizibeats.

You can stay in touch with WiziBeats through all social platforms on Facebook – WIZIBEATZ, Twitter – @WIZIBEATZ and Instagram – WIZIBEATZ. To all aspiring talent out there WiziBeatz had this message for you “Never give up, only you know what you want don’t let people derail you from your dreams, work on your craft, work on being better every day and everything else is in God’s hands” – WiziBeatz.

WHY TALENT IS BETTER THAN LEARNING A NEW SKILL.

TIPS ON HOW TO BE A GOOD PHOTOGRAPHER.

Check Also
Close
Search Places
Weather
Gauteng
Scattered Clouds
22 ℃
23º - 15º
71%
5.76 km/h
21℃
Mon
18℃
Tue
20℃
Wed
16℃
Thu
20℃
Fri
Follow Us
Facebook Twitter WhatsApp Telegram Viber
Back to top button
Close
Popular Posts
Most Commented
Recent Comments
We use cookies on our website to give you the most relevant experience by remembering your preferences and repeat visits. By clicking “Accept All”, you consent to the use of ALL the cookies. However, you may visit "Cookie Settings" to provide a controlled consent.
Cookie SettingsAccept All
Manage consent