A Mamelodi born Coffee Shop Owner, Sibongile Mbatsane-Rakgatjane is the first woman to open a coffee shop business in Mamelodi. Her coffee shop is named after her nickname ‘Momo’, it is called Mo’s Café. Sibongile left her job to open her coffee shop. She was working for Microsoft, she worked as an IT auditor, but it was not working out for her. Sibongile opened her first coffee shop in Mamelodi, which has been operating for 1 year 3 months. Mo’s café has been trending as the best coffee hotspot in Mamelodi, she is also a baker she bakes wedding cakes. 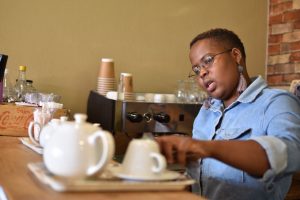 Sibongile ventured into entrepreneurship because she wanted freedom, she felt the need of doing what she actually liked to do. When she opened her first coffee shop, it was just coffee, she later introduced light breakfast and various kinds of smoothies. She chose Mamelodi because she was born there and she wanted to create opportunities for her community.  “The reason why I ventured into this coffee shop business is because I was passionate about community development” -Sibongile said.  She has employed people around Mamelodi. 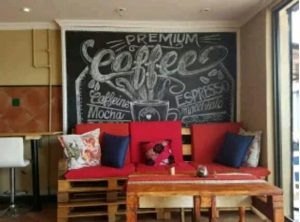 As part of creating employment for her community, Sibongile faced challenges. “As much as I hire people from Mamelodi, I also find it hard to manage them because it is very hard and challenging to manage the locals”-Said Sibongile. She said she had to fire 5 people in her first month of operating.  This left her stranded but she did not allow that to shadow her dream. Sibongile said, since she ventured into business, she noticed most businesses have resorted to hiring foreign nationals because people want to earn a living but they lack work ethic. 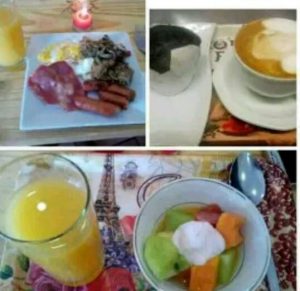 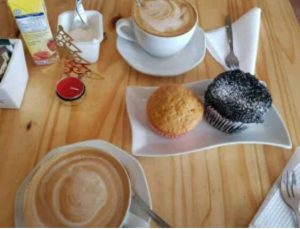 Sibongile’s coffee shop resembles her personality, it’s filled with warmth and comfort. It is also filled   books, vivid colours and African texture. “I am a passionate reader of African literature and I encourage my customers to read as well”- she said. Starting her own business hasn’t always been a smooth sailing ship because she had to use all her savings. However, her business has been doing well. Sibongile never gave up because she knew what she was actually destined for, she made it a point that she conquers. 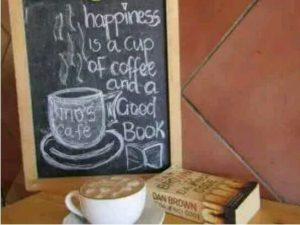 She has co-founded a business stokvel where entrepreneurs gather at one’s business and commit to spending R100 each. Although Mo’s cafe is a coffee shop, it doesn’t carter for the cold season only, they also serve soft summer refreshments. Sibongile takes good care of her customers, she believes that a business with a good customer services is a prospering business. 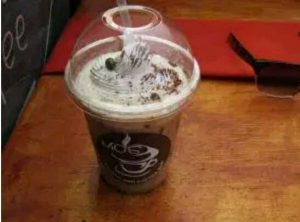 Sibongile is her own boss, she has not partnered with anybody. However, when she ventured into the coffee shop, she had to sell 5% of her business due to an unforeseen shortfall she had.

Sibongile’s daily motivation are the guys who sell merchandise at the robots, she said they are the everyday hustlers. She said her single influential factor in her business success is consistently working hard to make sure that she doesn’t prove naysayers right.