Fo-Play hails from the vibrant township of Soshanguve Pretoria and consists of three members Karabo Molepo aka “Icy Beats”, Morena Molepo aka “Deep Drill” and Harry N. Ndou aka “Raidy”, the crew’s musical journey started in 2009 and in 2012 named the group “Fo-Play”.

The name Fo-Play came about after hearing their unique sound and melody, phrasing it as fun and enjoyable. “Well the name sort of says a lot about who we are, different instrumental players coming together to produce one harmonic sound,  Fo-play has this diverse sound, we are not narrowed about how our next song will sound like but if the sound gives us the vibe then we let it be heard”- Fo-Play. 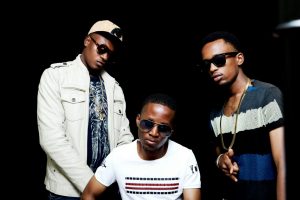 “Although we had known each other for several years prior and had been toying with the idea of pursuing careers in music, it was only in 2011 that we had decided to make it formal and pursue music fulltime. All three of us have been writing lyrics in our teenage stages so we have many songs with diverse messages to impart”-Harry.

The crew released their first hit song “Hey to the money” the same night before a live performance. The song proved how good they were with the crowd going wild when they hit the stage. 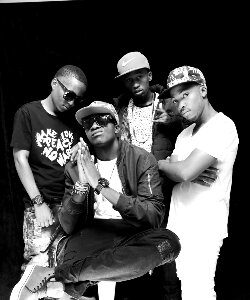 In 2013, the group released its long awaited mix tape consisting of 20 tracks titled “The Peak”. The project is available on all online stores for download. The mix tape features the group’s popular track “Famous” which speaks about the experiences of an aspiring artist. The track touches on the groups own expectations and ambitions as upcoming artists, providing a platform for introspection and self-analysis. “The track is an account of how much we are dedicated to making music and the measures we would go to have people hear our music and the messages contained in our songs”-Raidy.

“We would like to be perceived as complex rappers who love music. We are echoed by our work as artists and we understand that life is not always about partying and having fun because at the end of the day, fun does not end but a person does”- Morena. “We want to send a message to youngsters of today that yes we can all have fun, but at some point reality hits. We all have to grow up, be responsible and work hard to guarantee a better future”, he added. 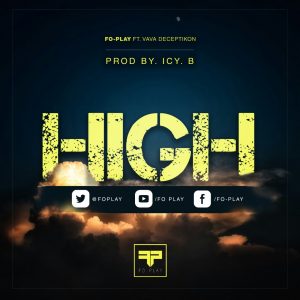 Early this year in March, the trio dropped the official cover of their current released hit single “HIGH” featuring Vava Deceptikon. The single is available on all musical platforms. The official video for the single is yet to be released, directed by one of the best directors ever to come out of Africa C.I Jizzle and his team, with a good background from shooting with the likes of D’banj, Ice Prince, Emtee, Lady Zamar and more.

Fo-Play is currently working on its first EP, which will feature the track Baptism as the lead single. Baptism is more of a statement than a practice. “On the song we address ourselves as deities, missionaries baptising people by introducing them to our music. Thus every verse specifies each rapper’s personality, their perception about the industry, girls and so on”-Karabo. 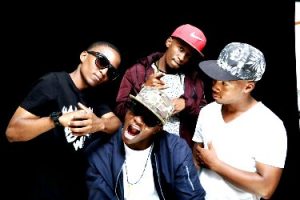 Soon the group will be launching two projects, which they hope will help make a positive contribution to all communities in South Africa and across the continent. “Full details of the projects are currently under wraps, but the project will seek to tackle issues of poverty, HIV and AIDS, racism, sexism, tribalism, the effects of war as well as the negative human relations and conflict in all spheres of human endeavour”-Karabo.

Fo-play’s musical journey thus far has been a good one, opening the stage for award winning group Freshly Ground at a NedBank tour event held at Taliban in Ga-Rankuwa. They have also opened the stage for Khuli Chana at Zygoz Pub and Grill in Mabopane.