The 4th annual Soshanguve Music Awards ceremony will be setting the Falala Community Hall in Soshanguve on fire this coming December. Public Relations student, Nthabiseng Letwaba is the coordinator of Soshanguve Music Awards. Nthabiseng’s responsibility is to ensure clear communication on media platforms for the awards. She is also responsible for the planning of the pre-party where the top 20 will be announced.

As an artist herself and having to manage multiples artists, Nthabiseng realised that there is a lack of exposure for artists in the industry. When she received the opportunity to assist and be part of the committee for Soshanguve Music Awards, she grabbed it with both hands. She says the Soshanguve Music Awards have given her an opportunity to put her skills to better use. Nthabiseng says it has allowed her to take part in helping other artists to get the exposure they desperately need and also help the artists to get some form of compensation for their work and hustle. 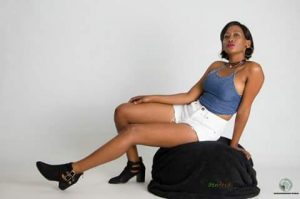 The awards ceremony will be graced by artists from in and around Soshanguve and South Africa as a whole. The Soshanguve Music Awards aims at introducing different artists to the market and to help them grow in the music industry and also expand their audiences. “The awards aim at presenting 100% local talent and motivate artists to continue doing the crafts, to expose artists to the new possible markets”-Nthabiseng said.

Even though the title of the event says “Soshanguve Music Awards”, it does not focus only on artists from Soshanguve or Pretoria. The awards are eligible to all artists in South Africa. “We know the name can have one confused but future restructuring and branding will take place next year, which could see the name changed to better attract artists across South Africa”-Nthabiseng.

Soshanguve Music Awards has added multiple genres in their categories such as House, Gospel RnB, Pop, Hip Hop and other categories such as best female/crew, best radio presenter and best producer. Nthabiseng says nominations for the Soshanguve Music Awards is a very simple process. “Artists are encouraged to send their biography to info@smawards.co.za including a link to their work. They also send mp3, videos, audios and the top 5 is selected after listening session has been conducted for the artists”-Nthabiseng said. If one is nominated and does not win, they receive radio airplay only when their music is registered with South African Music Registration Organisation (SAMRO).

HISTORY IN A NAME - Atteridgeville

A MERRY CHRISTMAS FOR THE ORPHANS.

Check Also
Close
Search Places
Weather
Gauteng
Scattered Clouds
27 ℃
29º - 17º
51%
1.34 km/h
26℃
Sun
21℃
Mon
19℃
Tue
21℃
Wed
22℃
Thu
Follow Us
Facebook Twitter WhatsApp Telegram Viber
Back to top button
Close
Popular Posts
Most Commented
Recent Comments
We use cookies on our website to give you the most relevant experience by remembering your preferences and repeat visits. By clicking “Accept All”, you consent to the use of ALL the cookies. However, you may visit "Cookie Settings" to provide a controlled consent.
Cookie SettingsAccept All
Manage consent