Upcoming DJ, producer and radio podcast compiler, Deep Les best known for being a fanatic of music. Lesedi “Deep Les” Maredi has always been an avid fan and lover of music from the tender age of 14 during his high school days.  Few years later, the multi-talented DJ moved to the “Capital City of Deep House” Tshwane to pursue a career in music by studying sound engineering. Fast forward, the producer found his passion for music and house music in the mighty city of Pretoria/Tshwane. 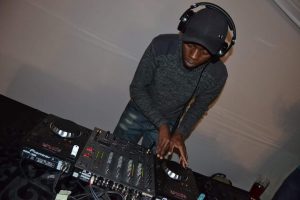 Deep Les’s inspiration and love for music grew beyond recognition through radio podcast that he created to pursue the music in him.  “I’m inspired by radio but I created my own platform while in matric to showcase the music I love, which I hope eventually turns into a radio show that gets played live on radio in Tshwane.”- Deep Les.

In 2015, the Passionate DJ started his own podcast show called “Pioneers of House Podcasts”, which runs under “Sound Fanatics Radio Show”. The show came about when Les and his close friends experimented into other genres such as alternative Hip Hop, Trip Hop, Broken Beats, Jazz Lounge and Neo Soul leading to a boundary free radio podcast show. 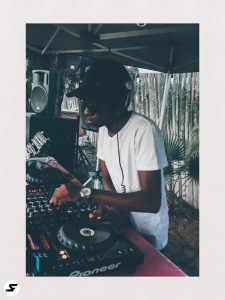 The talented producer has been privileged enough to perform alongside industry household names such as Julian Gomes, Scotch Flavio, RJ Benjamin, Tamara Dey, DJ Speedsta to name a few. Currently the producer is working on a media empire to uplift the youth through the digital media space.

“The main focus is to empower and educate the artists about different business models when approaching the music industry, being consistent, relating to the people and the challenges we go through in the life of a producer/DJ and how overwhelming it gets at a certain point and stage in the music industry ”-Les. “It is very difficult to maintain your brand, this results in workshops that need to be hosted on a monthly basis across the country, teaching artists about the music business, paperwork, and DJ’s licenses and getting into the database, which can be a problem to an uninformed upcoming DJ or musician” -he added. 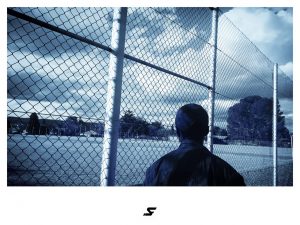 “I’m hoping to help build a big radio station in Tshwane that plays the music for what it is and nothing else but mainly bring peace and unity through the music in general”, -Les. His passion in mixing and selecting tracks, landed him success in the club scene in a very short space of time, landing  residency at one of Pretoria’s finest and most consistent venues namely Rhapsody’s, Sunny Park and Mushroom Lounge. 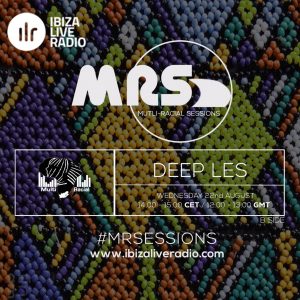 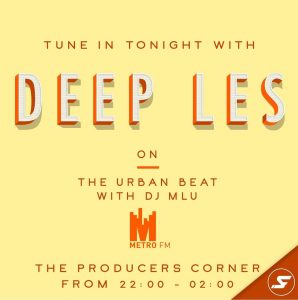 The upcoming producer recently featured on Ibiza Live Radio in Spain through a show curated by Pretoria record label Multi-Racial Sessions and Metro FM. Deep Les’s goal is simply to grow the music scene and bring unity through the power of music, as well as preserve the culture and love of music.

HOW TO BE A ROLE MODEL.

TEENAGERS WITH TRUTH A BEACON OF HOPE FOR GIRLS IN SOSHANGUVE.