In a world faced with endless social ills it’s important to stand up and be counted if you hope for a better neighbourhood. Ofentse Chauke otherwise known as Feni Berry is a 23 years old lad, radio presenter, social activist and the founder of The Voice of the Voiceless from Letlhabile. Ofentse matriculated from Hebron Technical and Commercial High School in 2015. “Growing up I encountered severe abuse both physically and emotionally including being bullied, raped and discriminated against for being gay” said Ofentse. 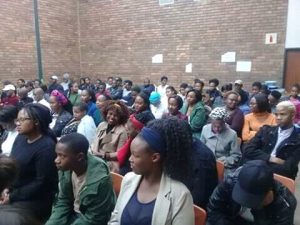 As a response to the ill treatment he endured growing up, Ofentse took a pledge to fight for people who are being discriminated and bullied for being true to themselves. In January 2018 The Voice of the Voiceless was founded and it strives to play an instrumental role in uplifting people from all walks of life. “Growing up it was not always glamorous for me, there were ups and downs especially as a gay person in a Christian family with parents who are church leaders, and there were so many expectations”- Ofentse. 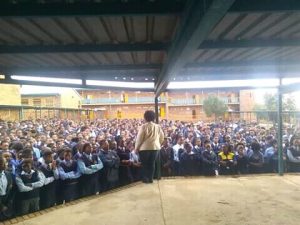 The Voice of The Voiceless will host its first annual pageant called Madibeng Disability Rights Pageant that will be occurring on the 10th November 2018 at Primedia Hall. “It goes without saying that people with disability are not given enough opportunities to establish themselves within rural areas, we have realised that due to this lack of opportunities for disabled people it leads them to non-recreational activities such as substance abuse, low self-esteem , depression and suicide”, said Ofentse. 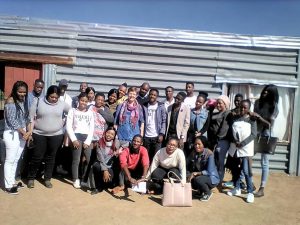 The Voice of The Voiceless will host a Gala Dinner on the 25th September 2018 at White Hall (Brits) from 18:00. They will be fundraising for the needs of people with disability such as wheel chairs, walking sticks and diapers. The ticket for the Gala will be R350 for individuals and R1000 for a group of 3 including food, drinks and free ticket to the pageant. “Finance is our biggest challenge and hate crime cases are just pilling up every day”- Ofentse. 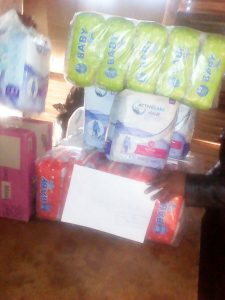 “Regardless of this challenges we face on a daily basis I always remind myself of my aspirations which is to change lives and bring hope to people, especially the LGBTI community”, said Ofentse. The Voice of The Voiceless is an entity that surely can make a significant impact in the society and depends on your support. Stay in touch with this great endeavour through social media plaforms, specifically Feni Berry or Voice of The Voiceless on Facebook.

ARTIST EMBRACES HIS IMAGINATION THROUGH PAINTING….