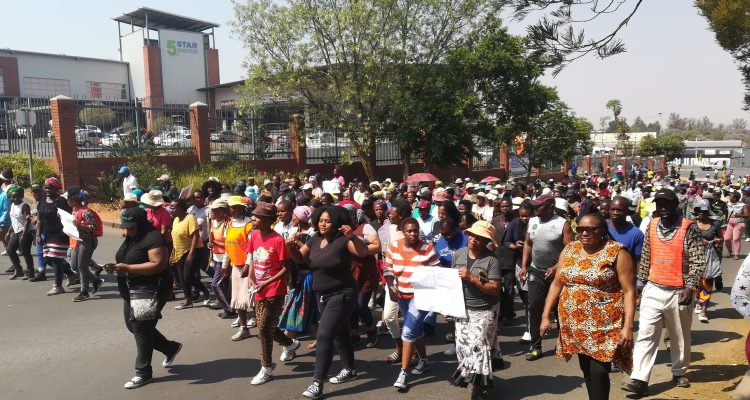 Local businesspeople and foreign shop owners in Mamelodi township, east of Pretoria, have expressed devastation over continued taxing by the notorious group known as Boko Haram.

Two suspects, a man and a woman both aged 37, on Friday 05 March 2021 appeared before the Mamelodi Magistrate Court on charges of theft, trespassing and fraud as police continue to investigate several cases opened by victims of the alleged infamous Boko Haram group that is accused of terrorising the communities and business people in and around Mamelodi.

The group has been collecting money, including protection fees of R300 and upwards, from foreign nationals who own tuck shops across the township since 2018.To this end, an intelligence-led operation was launched and on Wednesday 03 March 2021, the detectives working closely with the Combat and Reaction Team of Mamelodi, arrested the two suspects on allegations of illegal collection of monies from tenants at Inkandla Hostel in Mamelodi.

The pair has been remanded in custody pending their next court appearance on 11 March 2021, while a prosecutorial-led investigation is underway towards building a watertight case. The possibility of more arrests cannot be ruled out as police anticipate that more victims could come forward. The name Boko Haram strikes fear among many in Mamelodi, as the vigilante group has wreaked havoc for more than two years.

Boko Haram is the name adopted by a group of more than a dozen men who extort money, mainly from foreigner tuck shop owners, depending on the size of the shop. Mamelodi residents allege that the Boko Haram group in the township is run by former sidekicks of feared jailed taxi boss Vusi “Khekhe” Mathibela. #ladi_jaja?