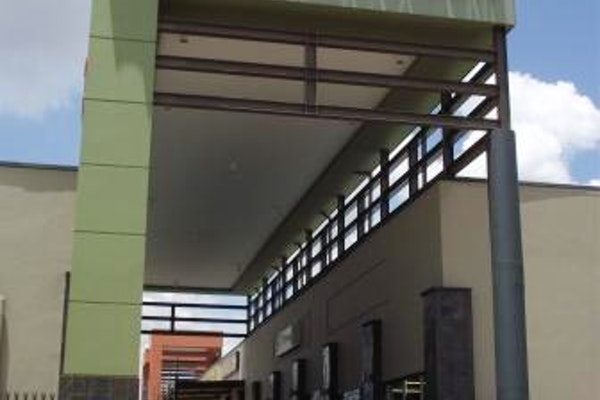 26 year old health E-news journalist, poet, literature activist and Clicks intern, Nelson Abasi who lives in Pretoria, Atteridgeville. Encountered an incident  as he was on his way to work as a Click intern. “Arriving late at work made me save someone’s life” said Nelson.

He  told Tsa Pitori that the tragedy took place at 08:30 on Wednesday at Hartebeespoort Village Mall where a woman had collapsed in front of the Clicks store door. Nelson was 30 minutes late for work when he found her in a critical state and unable to breathe. He then started to blow air with objects hoping to achieve respiration for the lady.

“Eventhough other shoppers were just passing, i couldn’t stand seeing her fighting for her life alone” said Nelson. What sadden him the most was that shoppers kept passing the woman, and the only thought Nelson had was that people might have assumed it was COVID. After arrival at the scene, Nelson threw everything he had on him to the floor as his only focus was saving the Victim’s life.

Nelson furthermore reported that during the midst of the incident he asked the victim “what is wrong” and she slowly replied “asthma” which automatically implied to Nelson that the woman collapsed on her way to purchase an inhaler.

The reason staff members were unable to see her collapse was due to their morning routine staff meeting but fortunate enough for the situation, a security guard reported to the scene which gave Nelson a window to run into the store and ask for help. This is where the pharmacy manager and team came running to treat the victim. #ladi_jaja?