MAMELODI MAN SENTENCED TO LIFE IMPRISONMENT FOR MURDER OF GIRLFRIEND. 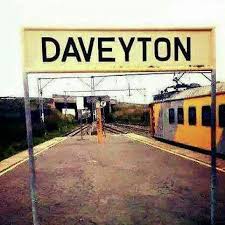 27-year-old Dennis Sithole, was sentenced to life imprisonment for the cold-blooded killing of his lover Sharon Ndlovu in his shack in Mamelodi. Judge Papi Masopa, sitting in the Gauteng High Court, Pretoria, told Sithole that killing a vulnerable person did not deserve mercy. He not only stabbed her repeatedly, but climbed into bed with her and slept next to her while she was either dying or after she had died on October, 2, 2019.

After it was confirmed by a witness called to the scene that there was no more life in her, Sithole again crept in the bed with her and shared her blanket. “When you now go back to prison to serve your life sentence, you must know that women are not a commodity; they should be respected.” Said Judge Masopa.

Ndlovu’s cousin, Nyelethi Mathebula, testified that Sithole phoned her in the early hours of the morning and told her to come to their home as they had been robbed. She said that when she got there, Sithole told her robbers overpowered them when he went to fetch Ndlovu from where the taxi had dropped her. He had said the robbers stabbed them and took their belongings.

Mathebula said that while she was still in the shack, she noticed that her cousin’s handbag and cellphone were still there. A police official testified that when he got to the shack, he found Sithole in the bed. He asked him what happened and Sithole said they had been robbed, but that they managed to get home. He had said that when the ambulance and police failed to arrive, he put his girlfriend in bed and went to sleep next to her, thinking that he would seek help the next day.

Testifying in court, Sithole told another version of the story. He said he was tired that night and they went to bed when they got home. He later woke up with a hand on his shoulder and saw three robbers. Judge Masopa said it was a mystery what exactly had happened that night, but Sithole was definitely guilty. Sithole remained calm as the judge handed down the life sentence. #ladi_jaja?