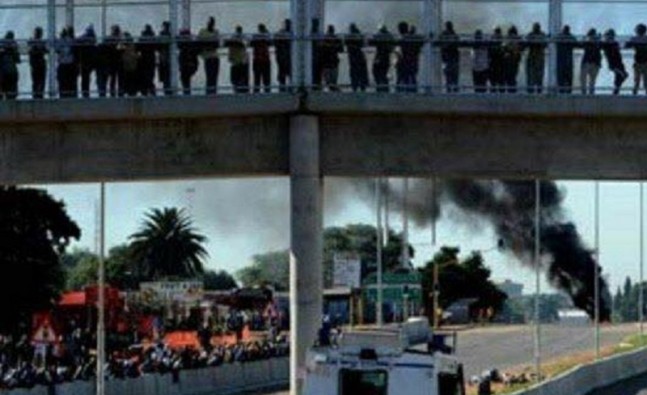 Themba Sonnyboy Sekowe, popularly known by his assumed name DJ Maphorisa, is a South African record producer, DJ and Vocalist born and bred in Soshanguve, Pretoria. It was recently reported that the hit-maker had allegedly gone into hiding after an assasination attempt on his life.

It’s alleged that on their way from a show at Biblos Cafe, Maphorisa and four of his associates who were reported to be travelling in a Mercedes-Benz tour bus, were approached by a silver Audi A4 at a traffic light and that is when the occupants of the Audi opened fire. As a result, two of Maphorisa’s artists were said to be wounded and in a critical condition.

Following the alleged attempt on his life, Maphorisa took it upon himself to keep a low profile in person and on social media. That was until friday the 26th of february when he posted on instagram a reel video of him in an all Gucci outfit. It was believed that this act, was a coming out of hiding gesture. Two days after the instagram post, Maphorisa took to Twitter the same reel video captioned It’s a Gucci day ready to rock in Kenya.” The very same day he postedd a performance video captioned Thank you kenya. Scorpion Kings sold out show.

Kenya’s amapiano fans were exposed to a monumental concert on the 28th of February by the duo at the Carnivore grounds. The duo were the stars of the afternoon. The decision of an international event landed Maphorisa back into sight and fans can only hope he stays there. Prior to the midst of all this heat, Maphorisa took to twitter a teaser of his soon to be released single Dudzane Ka Zuma. He furthermore is featured on a recent track drop by King Deetoy alongside KabzaDeSmall titled Petle Petle.” #ladi_jaja?