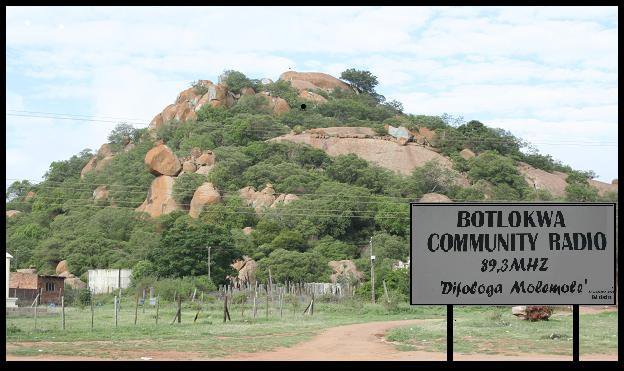 Botlokwa community radio station is established in 1996 and officially launched on the 17th November 2000. Bcrs89.3FM seeks to revive, promote and retain Batlokwa culture, traditional art and norms. (Mission Statement) We broadcast 55km radius around botlokwa community and surrounding villages in the Limpopo province. Bcrs89.3FM is situated 55km between Polokwane and Makhado along the N1 road in the Molemole municipality at Mphakane Machaka Thusong service center.

Botlokwa Community Radio Station is found in the heart of the Molemole Municipality along the N1 Road Between Polokwane (Capital City of the Limpopo Province) and Makhado in the Machaka Thusong Service Centre.It was established in 1996 and Officially Launched on the 17 November 2000 by Dr. Ivy Matsepe Casaburri (Minister of the Telecommunications). We Broadcast 24/7hours in Setlokwa (A dialect of Sepedi) to inform, educate and entertain our community of an estimated 109 4441 population of the Molemole Municipality. Mission Statement "To Revive, Promote and Retain Batlokwa Cultural Heritage, Traditional Art, Traits, Norms and Language"

The term Batlokwa (also baThlokoa, or Badogwa) refers to several Kgatla communities that reside in Botswana, Lesotho and South Africa, comprising both the followings of Tlokwa kings and more particularly members of clans identified as Tlokwa, or individuals who identify themselves as of Tlokwa descent. Most of the Batlokwa clans trace their royal lineages to Kgwadi son of King Tabane, who is the father and founder of the Batlokwa nation, and have the Tlokwe-cat as their original totem which has since become extinct due to over-hunting for its fur, which was used by chiefs.

In South Africa, the Batlokwa are found in significant numbers in the six of the mainland provinces, namely North West, Gauteng, Limpopo and the Free State, Kwazulu-Natal and Eastern Cape.

Member since 3 years ago
View Profile

There are no reviews yet.

Follow Us
Back to top button
Close
Popular Posts
Most Commented
Recent Comments
We use cookies on our website to give you the most relevant experience by remembering your preferences and repeat visits. By clicking “Accept All”, you consent to the use of ALL the cookies. However, you may visit "Cookie Settings" to provide a controlled consent.
Cookie SettingsAccept All
Manage consent