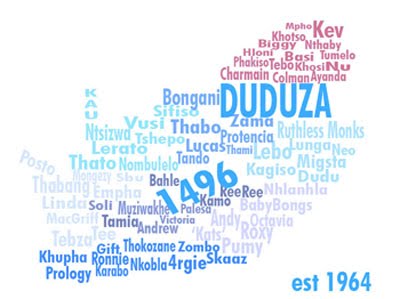 Duduza is a township west of Nigel on the East Rand, Gauteng, South Africa. It was established in 1964 when Africans were resettled from Charterston because it was considered by the apartheid government to be too close to a white town. A local authority was established in 1983. Duduza experienced violent school, consumer, bus, and rent boycotts from 1984 to 1987. A state of emergency was imposed in July 1985 and the South African Army was called in as the violence peaked.

The name Duduza means “to comfort” in English; this was to comfort the forced removal of the residents of the then-Charterston township, which was also known as Beirut. Duduza was one of the most highly active townships in South Africa in the fight against apartheid. It is also recorded as the first place where a ‘necklace mob’ burned Makie Skosana to death by using a tire filled with gasoline.